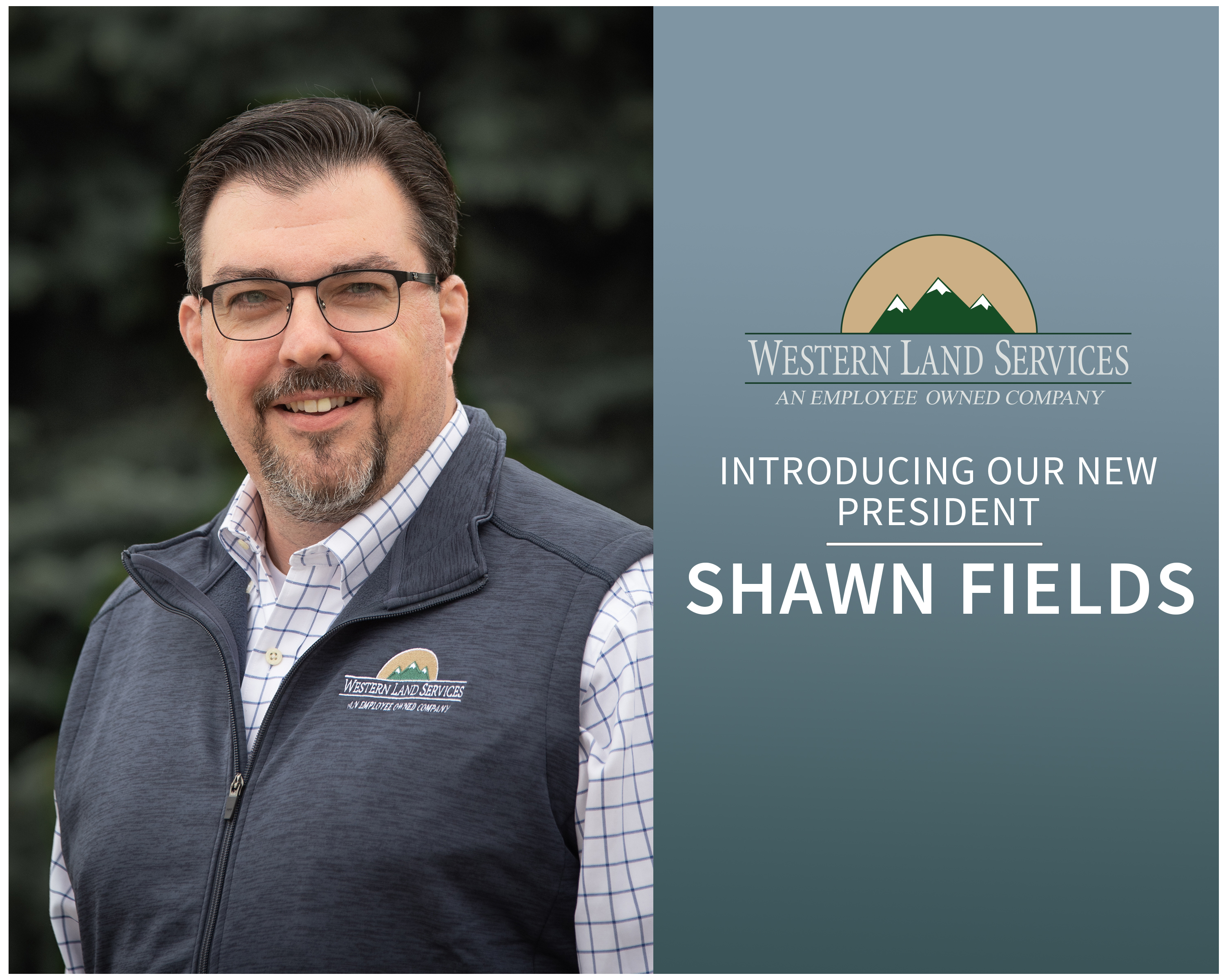 April 17, 2019 – Land brokerage firm Western Land Services (WLS) is living up to its name more than ever, hiring Shawn Fields as president and locating him in the company’s Oklahoma City office to demonstrate its commitment to one of the country’s most prolific oil and gas regions.

A native Oklahoman, Fields brings 30 years of experience in the oil and gas industry – all of which were spent at exploration and production (E&P) companies and 10 years in executive leadership roles. In addition to his tenure at companies based in Oklahoma City, Tulsa and Houston, he has worked in nearly every major oil and gas basin across the country. Rich Collins, outgoing president, is stepping down from his full-time role but will continue serving WLS on the board of directors and as a consultant.

“Shawn brings a wide range of experience and contacts in the energy business, not to mention an innate understanding of our customers’ needs from his tenure at top exploration and production firms,” said John Wilson, CEO of Western Land Services. “We look forward to Shawn leading our team and growing our presence nationally. His character, experience and drive are an ideal fit with our culture as our company enters a new chapter in bringing together land, energy and people.”

Fields joins WLS from NextEra Energy Resources, LLC, as executive director of upstream development in its Houston office. Prior to that, he worked 13 years at Chesapeake Energy Corporation (CHK), a publicly traded energy company headquartered in Oklahoma City where he advanced from manager to vice president of acquisitions & divestitures during his tenure. He began his career at Samson Resources, a privately held energy company in Tulsa, Oklahoma, where he was promoted from project development, to supervisor of project development, to district landman over 11 years.

“I am incredibly excited to lead Western Land Services and continue its tradition of excellence for the past 45 years,” said Fields. “WLS is a flagship land services firm that delivers a premium product led by a seasoned and cohesive team with whom I am honored to work. I greatly admire Rich and the foundation he has established, and the exceptional leadership of John Wilson – especially the culture of teamwork he has established and his investment in employees through an employee stock ownership plan that has fostered such a dedicated staff. I look forward to growing the business and showing the industry why WLS is the best at what we do.”

Leading a national and growing workforce of 300 employees, Fields will work out of the company’s Oklahoma City office that opened in 2018 following the acquisition of Oklahoma-based Barton Land Consultants, a full-service operation originating in Duncan, Oklahoma. WLS’s other corporate office in addition to Oklahoma City is in West Michigan (Ludington) where the company was founded. Six regional offices are strategically located throughout the country to support clients that includes Duncan, Oklahoma; Sheridan, Wyoming; Minot, North Dakota; Grand Rapids, Michigan; Canonsburg, Pennsylvania; and Tunkhannock, Pennsylvania.

Fields takes the helm from Rich Collins, a 30-year industry veteran who joined the company in 1986 at the beginning of his career and worked 15 years with WLS. Collins left in 2001 and held several executive-level positions in prominent oil and gas companies, including CMS Energy, Epsilon Energy and Trendwell Energy, returning to WLS in 2014 as president. He will continue working with WLS as a board director and consultant.

“As I look back on my time with WLS, I am so proud of our company’s successes, especially over the past five years with extending our presence in Oklahoma and selling half of the company to employees,” said Collins. “We have a unique approach to the land brokerage business since our employees have ‘skin in the game’ through the ESOP, which sets us apart and is a big driver behind our best-in-class product. I also have known Shawn for a long time, and I feel great about this next step for WLS. I’m optimistic about the company’s future as this next chapter of WLS unfolds.”

About Western Land Services, Inc.
Western Land Services (WLS) is an employee-owned, full-service land brokerage firm that has brought together land, energy and people for 45 years. WLS offers an expansive portfolio of services throughout the United States, including leasing, due diligence, right-of-way, GIS/mapping, title, abstracting, regulatory and other specialized services. With corporate offices in West Michigan and Oklahoma City and six regional offices located in every major U.S. basin, WLS has an established presence in 40 states to serve its clients. As one of the only oil and gas land firms to offer an employee stock ownership plan, WLS directly employs 300 professionals. Learn more about the Western Way at westernls.com.